I’ve played a lot of computer games over the last few weeks, I’ve already written about some of them, and I’ll be writing about many of the others soon. In writing about and playing these computer games, I have found myself working out plots for games in a similar format. After a lot of back and forth, I overcame my own objections and started building. 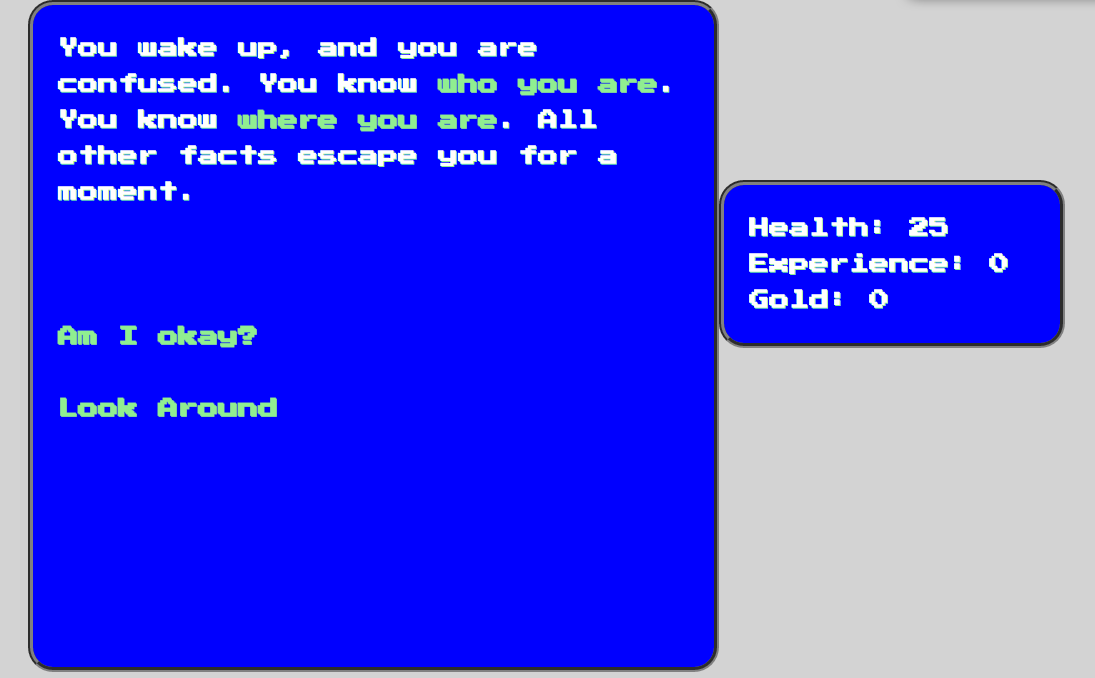 Here is a screenshot of one of my first UI experiments

Mostly, because it’s something I’ve wanted to do my whole life. Also, because I like writing fiction, and I want to experiment with new ways of presenting fiction to modern audiences. It helps that I’ve played some really great, and inspirational, games in the last few weeks.

When I’ve thought about building games in the past, I’ve had a few objections.

These are the classic excuses that I’ve leaned on to stop myself from doing cool things for most of my life. Some of them were fairly valid (I mean, I worked 12 hours a day, 6 days a week, for the last two years running Analog Revolution, so I really didn’t have any time.)

Thankfully, I’ve found solutions to all of these objections. I have plenty of time, now that the store is temporarily closed, the tools that I’m using to build the games are not far removed from the tools I already use as a web developer, it’s not hard to convince people to try a game, and I’ve been brainstorming plots (without even meaning to) for close to two weeks now.

To start with, I’m working on 3 short, linked works of Interactive Fiction. Each is based around a particular gameplay style, and will be built around the exploration of a specific programming exercise.

All three games are set against the backdrop of Arcane Relics Retrievals (ARR), at various points in it’s history. ARR is an organization founded in the 1890s to collect and catalogue all weird and inexplicably powerful relics and artifacts, so that no one (especially a certain Wizard from the San Francisco area) can use them for evil.

You take the role of an archivist in the infinite archives under the main building of ARR. You are 11 feet tall, and mostly made of bone. You’ve existed for longer than you can remember (which, admittedly, is a remarkably long time.)

Recently, you were tasked with making sure the collections stay in order, and putting out occasional magical fires. Well, “tasked” may be a strong word. You were living in the Infinite Archives when ARR discovered them, and you decided to help keep things organized.

They seem like a nice bunch, aside from the shrieking that they do when they notice you.

Today, you’ve decided to wander through the collection. Along the way, you meet George. He works for Arcane Relics Retrieval, and he’s pretty sad. You help him feel better (or eat him at your option.)

When the job listing said “Experienced Radio Repairman Wanted”, you’d assumed that you’d be working on, well, home radio receivers, or maybe some broadcasting equipment. When you showed up you were greeted by Nikola, a tall eastern-European man. He told you that you’d be inventing something called WiFi “nearly 100 years early”, and that it was probably going to take “a little bending of the rules and maybe even some actual magic” to pull it off.

Of course, you thought the guy was a quack, but he was paying well so you took the job anyway.

8 years (and a fair amount of actual magic) later you find yourself in the unenviable position of being the first and only Support Technician in history. You are responsible for:

Your mirror starts buzzing as soon as you activate it, and doesn’t stop. The tickets pile up on your desk as fast as you can close them, and there are always more. You’re exhausted, and you’re beginning to suspect you may need to build another assistant.

You’re an employee of ARR, investigating reports that The Wizard of Menlo park has made contact with a race of being from beyond this planet. It isn’t the first time Edison had caused problems for the organization, and it certainly won’t be the last.

Unless, of course, you accidentally destroy the planet. 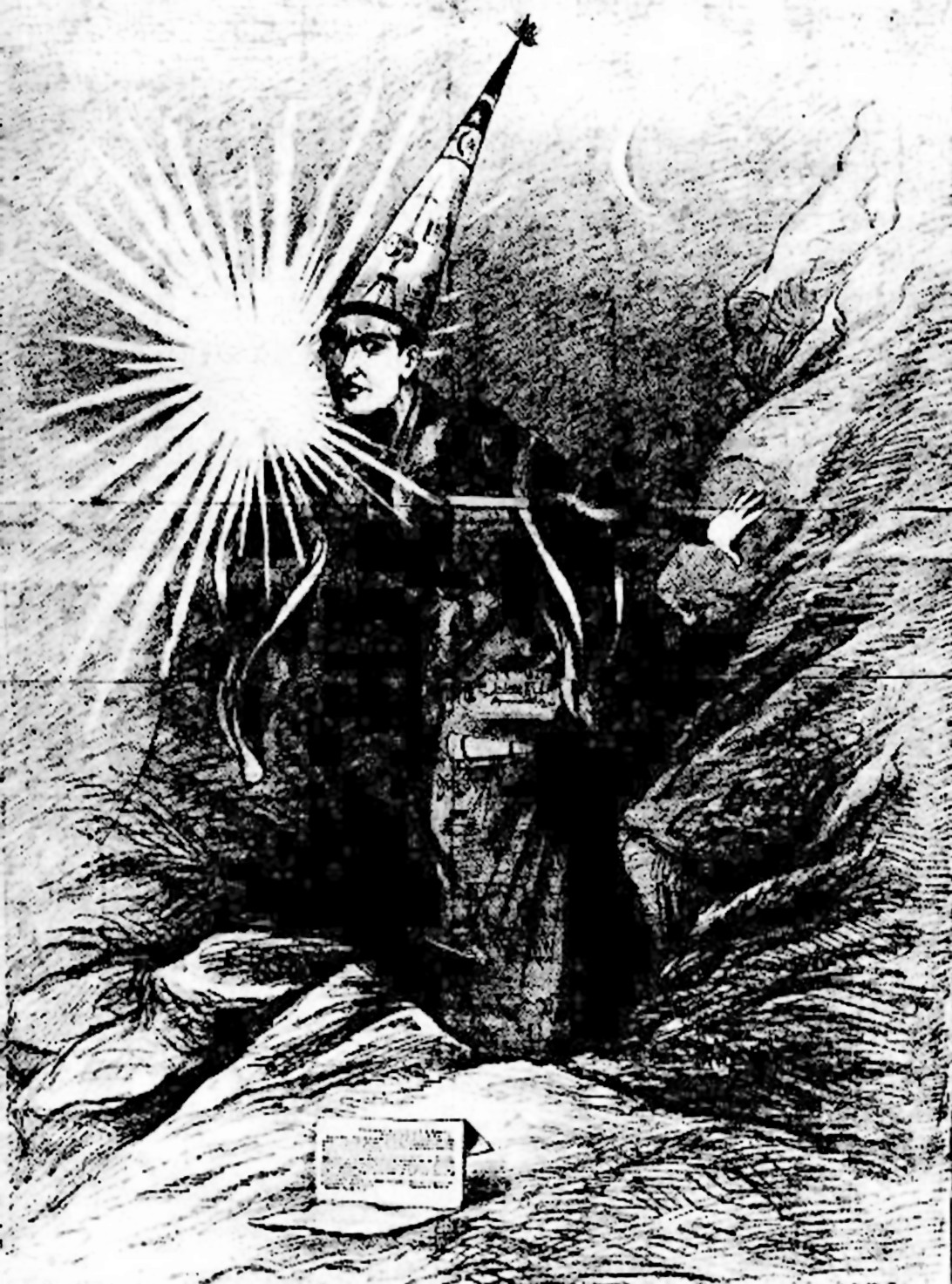 As of right now, I’m working in Twine. It’s a simple game engine, powered by Markdown (like my blog) and a basic scripting engine which can be used to do some interesting stuff. I’ve already coded up a skeleton that I can use to manage inventory, handle combat, and measure character progress. I am building a unique, customized UI/UX for each title.

So far, I have a basic structure in place for 1 of the 3 titles mentioned above. I have a style guide for all three, and I’m in the middle of storyboarding and planning. It’s important to me that the end results feel finished, polished, and fun. I’ll be sending out demos, and soliciting feedback as the games progress.