I’ve just stumbled across this particularly excellent Handheld Raspberry Pi project from Node. It is built around the Raspberry Pi 0 W, with built in Wifi and Bluetooth, and it looks like a perfect weekend project, and exactly the kind of thing I wished I had when I was 15. 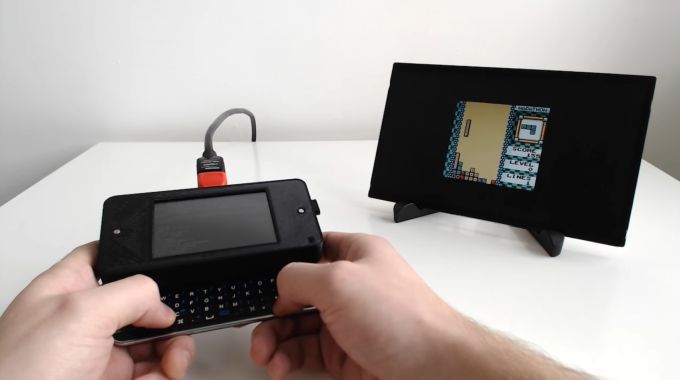 This is the third iteration in the Handheld Linux Terminal project I’ve been working on for a while now. Like the others, the aim is to create a small, all-in-one computer that is both portable, and usable. One of the main problems with the last version was that it took way too long to make, and some of the finishing wasn’t as good as it could have been. However, this version takes a slightly different approach, to create a much more polished finished product. It also has a few more features, like HDMI out, wifi and bluetooth built in, and 50% larger battery capacity. I call it the Zero Terminal.

He covers the details in this excellent video:

The finished project is a lot slicker than the similar Pocket Chip, and can likely be assembled for less money. I really love the idea of using surplus iPhone keyboards to simplify the proccess. iPhone 5 accessories are still pretty abundant in the market, and they are getting cheaper.

I’d love to see something like this done with a Razer Junglecat or similar game-controller keyboard.

I think the most interesting bit about all of this, though, is the fact that it’s self contained. If you configured this device as a wireless router and web server, you could have a pretty interesting little Library Box/Pirate Box/BBS.