So begins the grandfather of all adventure games. It was originally written in 1977 by a bunch of students and weirdos at MIT. In 1979 the fledgling company Infocom began the long process of porting the massive mainframe game to home computers. Along the way, it was made slightly friendlier (but only slightly!), and split in to three installments. It became the cornerstone of a software company that consistently dominated computer games sales until they were purchased by Activision in 1986.

The original Zork is an absolutely massive game. It’s funny, mean, and it hardly understands what you’re asking it to do. It was polished in to a lean commercial series that, honestly change the way people thought about computer games. Zork was unique, it was the first of it’s kind, and it was fantastic.

A port of the original MIT Zork can be played online.

And, though many purists would consider it cheating, I highly recommend that you take a map with you. For me, and for most modern gamers, the game is almost completely unwinnable without one. This one will probably work nicely: 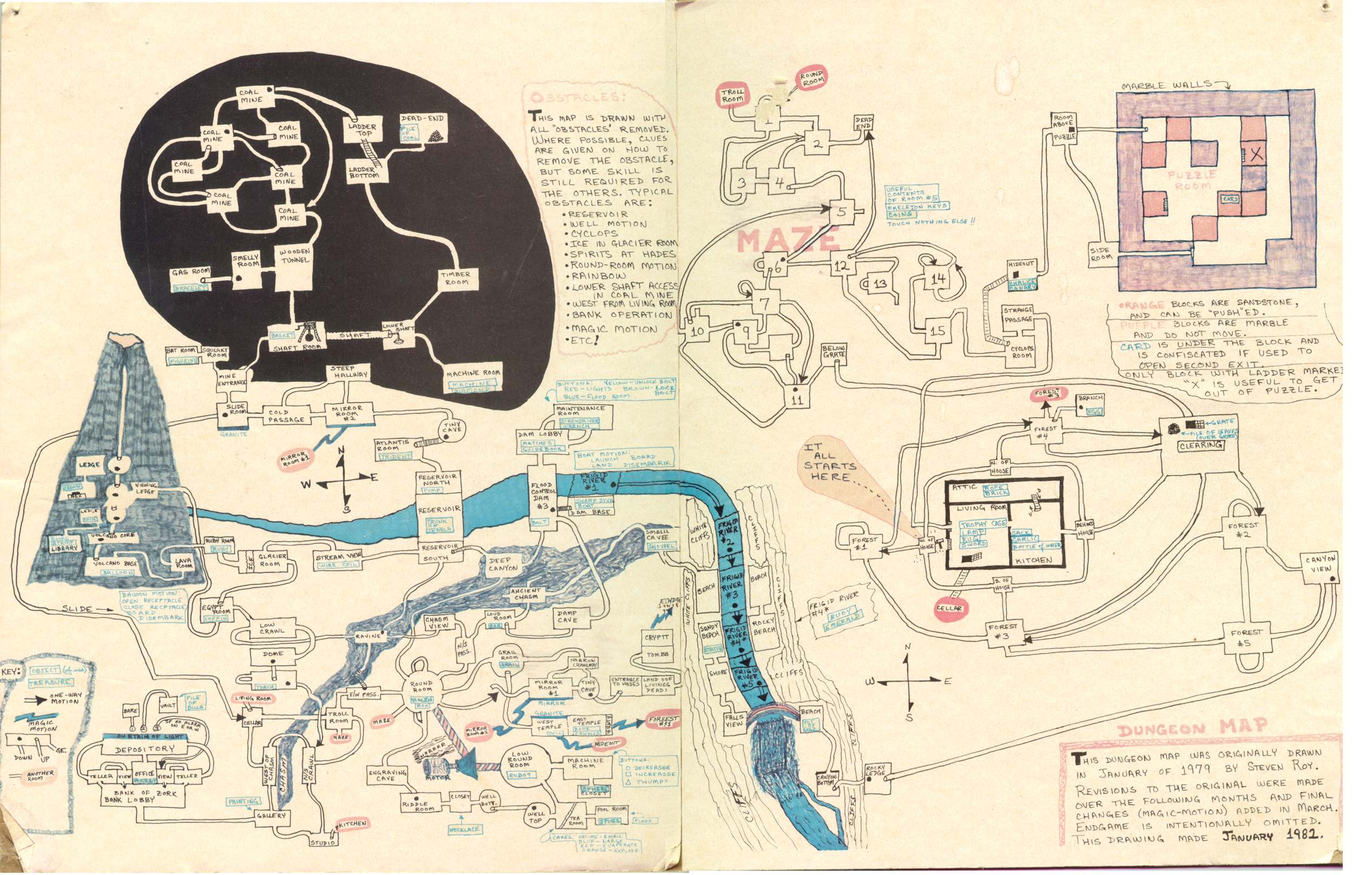 You’ll notice a few things as you play the game:

After you’ve spent a bit of time with the original MIT Zork, I highly recommend you give Infocom’s Zork I a few minutes of your time. The games are similar enough that you only really need to finish one or the other for the full effect, but the differences between the amature project and the commercial one are pretty interesting. (You can play the infocom Zork here. )

If you enjoy Zork, you may also be interested in these games, written in a Zorkian vein:

On the whole, Zork is responsible for many of the conventions of modern adventure games (text or otherwise), and it’s spawned countless sequels, and imitations. It invented, and then defined, a genre and was the definitive computer game for a generation of gamers. (at least until The Hitchhiker’s Guide to the Galaxy was released.)