In my last newsletter, I talked about Journalism as a weapon against corruption and lies. Of course, in that instance I was talking about Police Brutality and the lies our president tells us. I was not talking about new school officials with fake degrees, but some students in Pittsburg just proved that the truth is equally effective there. 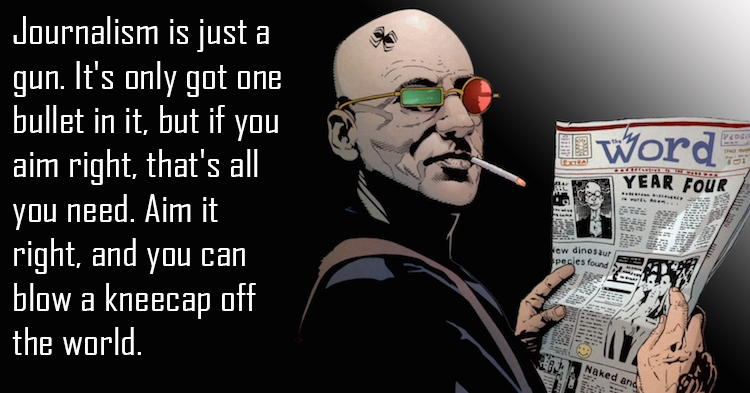 A group of Pittsburg High School students, working as student journalists, dug in to the background of their newly hired principal. They discovered that her Graduate and Post-Graduate degrees were from a school that does not actually exist.

Students journalists published a story Friday questioning the legitimacy of the private college — Corllins University — where Robertson got her master’s and doctorate degrees years ago. U.S. Department of Education officials, contacted by The Star, confirmed student reports; the federal agency could not find evidence of Corllins in operation. The school wasn’t included among the agency’s list of schools closed since 1986.

Journalism is a weapon against corruption and lies, and that’s true on the national and international scale as much as it’s true on the local scale. The truth is a powerful thing, but it is up to each of us to bring it in to the light, and to expose lies as lies as often as possible.

This is our fight. If we aren’t going to participate, we at least need to support journalists financially. Without them, we’re all screwed.