Space Patrol Orion: The other groundbreaking scifi series from 1966

You know that show that premiered in Septermeber of 1966? That one that was set in space, and had women in command positions, and on the bridge of a starship? No, not Star Trek. The one from Germany. Raumpartrouille Orion AKA Space Patrol Orion.

So, let’s get this out of the way up front. Space Patrol Orion ran for Seven episodes. It’s in black and white. The special effects, such as they are, are pretty basic. 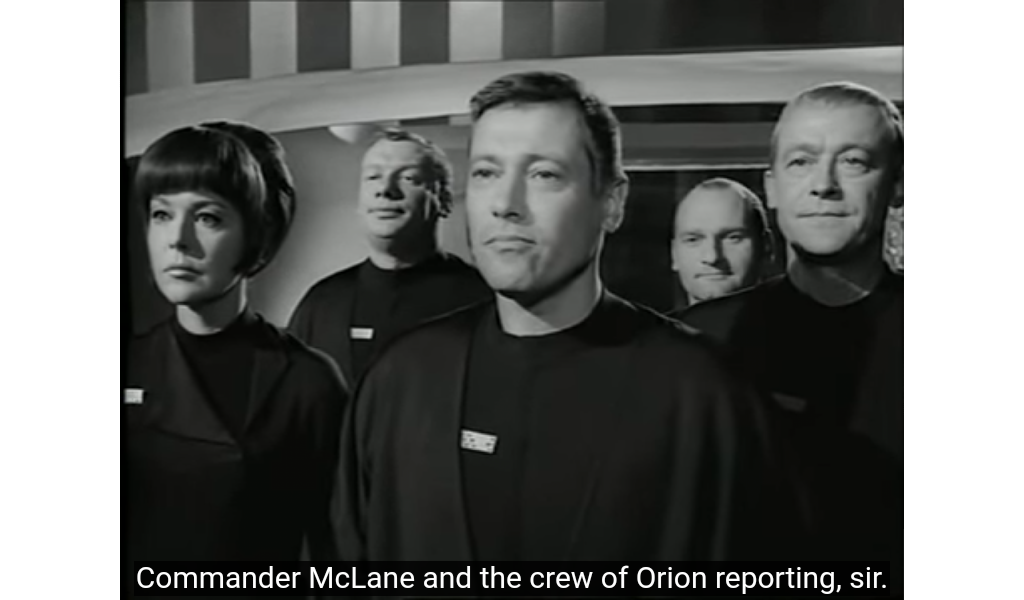 That being said, it’s beautiful. The camera work is astounding. The effects are well executed and, even though they are simple, they are more believable than … well, more believable than Star Trek. It may have been a low budget affair, but it never lets that stand in the way of visually striking imagery.