Welcome to the second Analog Revolution mixtape. Today we are exploring beatles esque, baroque, and psychedelic pop songs from the 60s, the mellow side of the psych movement. I decided to forego the creepy synth voiceover of volume one for some explanatory notes. I think everyone will agree this is a better move.

We start things off with Lies, by The Knickerbockers, a song that has so many hallmarks of the Beatles, that many still assume it was a Lennon McCartney composition. It’s a great little garage-y pop tune, but with a little more polish and pop sensibility than you’d normally get from a garage rock outfit.

We follow that up with Tuesday Afternoon, a track from Days of Future Passed, the second album by The Moody Blues. The whole album is excellent, and plays out like a pop symphony, with full orchestral accompaniment. Many folks consider this the birth of Prog Rock.

Up next, we’ll take a look at The Left Banke. The Left Banke is widely considered to be the quintessential Baroque Pop outfit. First their track, Something on My Mind.

Now, The Left Banke could also rock with the best of them. They demonstrate that nicely with the next track, Lazy Day. Both these tracks have a wacky stereo mix, that I’ve used here instead of the mono mix. Generally, I prefer the mono mix for stuff from this era because the stereo mix is often pretty horrible. This one isn’t horrible, just odd. It gives the music a pleasant kind of off kilter quality that I appreciate.

Up Next, The Zombies, with She’s Not There. This was their first hit, and the song that brought them to mainstream attention for the first time. It’s less polished than some of their later, bigger, and more well respected songs, but it’s a great pop track.

From there, we move to Friday on My Mind, by The Easybeats. This is one of my all time favorite songs. It’s not heavy enough to really be considered a Garage Rock song, which is how it ended up on the pop mix, but it’s really probably heavier than anything else here. Regardless, it’s a stellar track, and well worth listening to.

For a change of pace, from there we move to Donavan with Season of the Witch from Sunshine superman. This is a slow, burning, smoldering song that captures everything I love about 60s pop, all at once. It’s a little magical, it’s a little psychedelic, it’s a little timely, it’s constrained by cultural norms, even as it subverts them. It’s really a well constructed, and beautifully recorded slice of pop.

Now this next one may throw some of you for a loop. Here we have The Bee Gees, that’s right, the disco band, with Baroque Pop classic, Please Read Me from their 1967 album “1st”. That’s right, the Bee Gees were a psych-pop outfit before they started playing disco. What’s more, they were Good at it. Go listen to Odessa, and then come back and tell me what you think.

Now here’s Brian Wilson and The Beach Boys, with God Only Knows, from their landmark album Pet Sounds. I don’t have much to say about this one, today, but please don’t mistake that to mean that there aren’t things worth saying. Pet Sounds is an absolute classic, and it deserves a longer and more critical study. Until I can do that, just enjoy this bit of melancholy.

Up next, The Zombies, with Time of the Season. This is the other song the Zombies are famous for. It’s bigger, more polished, and sexier than She’s Not There. It’s not fair to say it’s a better song, but without it, the Zombies wouldn’t be half as well remembered.

Next we come to The Beau Brummels with Laugh Laugh. This is another weird choice for this collection, but I think it fits in nicely. Oh! And it was produced by Sly Stone.

Up next, The Critters, with Touch ‘N’ Go. The lyrics to this track are a little creepy, but it is very carefully recorded, and musically complex and interesting, and the lyrics get less creepy as the song goes on. I couldn’t pass it up, even if I can’t understand why someone open a song with “I’ve been wanting to touch her since I can remember.”

Finally, we’ll round things out today with two tracks from The Beatles. First the John Lennon track about infidelity, Girl. The rumor, if I recall correctly, was that he wrote this song about an affair he had, and then sat in the floor and played it for his wife, not understanding why she was so cool with it. (Lennon was a really shitty dude, but he wrote some beautiful music.) 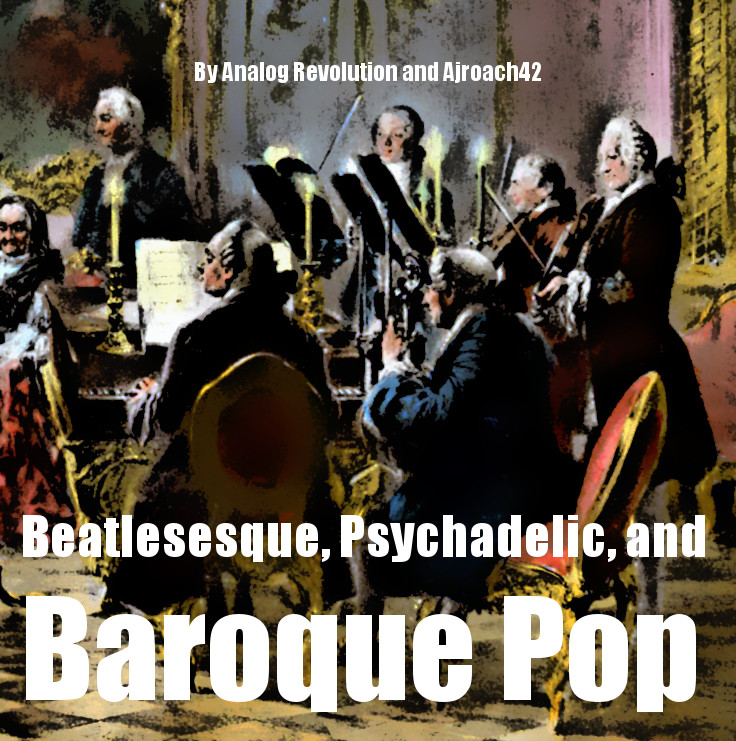 I hope you enjoyed this mix. Join us next time, when we almost certainly will be talking about, and listening, to early electronic music and minimal synth pop.