I’ve long been a proponent of the idea that Tapes are Cool. I’m a big fan of physical media in general (books, records, CDs, magazines, etc.) and I love the idea of a mixtape as a facet of curation and a method of physically gifting access to culture.

Last year, when writing on this topic, I said:

Cassettes are personal Relationships have been built around mixtapes. A good mixtape takes time and care to craft, and the end result is far more significant and personal than a mix-CD or a playlist could ever hope to be. What other format, in the history of recorded music, has ever been so intimate?

But I don’t think that statement goes far enough towards establishing the significance of the mixtape as the one time steward of the secrets and traditions of musical culture. See, mixtapes were an important part of cultural transmission that has since been abandoned or lost. Cassette culture in general changed the way we thought about music.

So let’s look at some of the more important effects of cassette and mixtape culture, and explore ways to revitalize the mixtape:

The History of Early Jazz

This one is kind of wild. Over the course of his lifetime, Jazz fan and amature historian David Niven amassed an absolutely unparalled collection of recordings by early Jazz musicians.

He wanted to pass the collection, along with his knowledge on the subject, along to his children but recognized that tens of thousands of albums, 78s, CDs, and Cassettes would prove to be a massive burden for anyone to have to move around. Not to mention that the huge collection of music would be overwhelming and contextless.

So Mr. Niven, living in the age of the cassette, decided to curate the best of his 10,000+ hour collection in to a lean 1000 hours of music and commentary, covering the careers of famous Jazz musicians in highly curated and well researched 45 minute segments.

The current owner of the collection digitized it, and provided it to the internet archive.

These tapes have suplanted my morning podcast as my go-to audio companion on my daily commute. I’m finishing about 1 side/day. At this rate, it will take me 4 years before I run out of material.

Because you could make cassettes at home, using consumer grade equipment, bands could create cassettes of recordings with little-to-no commercial prospects, many of which ended up being one-off or small run releases.

Of course, this facilitated the rise of hip-hop, punk, and new wave. The ubiquity and low cost of cassettes was instrumental in launching the careers of dozens of musicians.

But it went further than that. This archive contains 467 releases, consisting of tape experimentation, industrial, avant-garde, indie, rock, diy, and auto-hypnotic materials.

Much of this material defies category, and has therefore not been given one.

The bulk of the tapes in this library were donated to the project by former CKLN FM radio host Myke Dyer in August of 2009.

It’s an odd collection, full of ‘music’ that likely would have never seen the light of day before the tape era.

Years before Youtube let everyone with a cellphone attempt (and fail) to capture the glory of a live performance for all to see, fans of the Grateful Dead started taping shows using rigs of ever increasing fidelity and complexity.

Then they’d make copies of their recordings, and trade them to other fans for copies of recordings from other shows. Along the way, we amassed a collection that spans pretty much the breadth of the band’s career, and allows a fan to connect and interact with the band on a pretty much unprecedented level.

Even if you’re not a fan of the band, it’s hard not to be impressed by such a massive body of work. (There are, at last count, more than 10,000 unique uploads to the Grateful Dead archive on Archive.org. Many of these will be multiple versions of the same show, but even still it’s an absolutely massive collection (and it’s only one of many.) )

Of course, no discussion of the Mixtape and it’s place in music would be complete without a mention of the time honored practice of Mix-tapes as gifts. What juvinile romance didn’t start with the exchanging of music?

As anyone who grew up towards the end of the era of the cassette (myself included) can attest, there’s a little more magic (and a lot more of an investment in time and effort) involved in a good mixtape than there is in a good mix-CD or playlist.

Mixtapes in the modern age.

The flip-side of the aforementioned magic is, of course, that a cassette tape is an anarchronism in 2016. I am in the growing minority of folks who have a cassette deck connected to my home stereo (heck, I’m in the minority of folks that have a home stereo.) In my circles, at least, the number of people with a cassette deck, walkman, or boom-box has been on a steady rise over the last few years. I’ve been able to share tapes with a number of my peers.

What even is a mixtape today?

Because tape players are no longer as ubiquitous as they had been in the past, (and because they lack certain utility and fidelity when compared to a more modern format,) I find myself taking a Hybrid approach to the art of Mixtape making, Often distributing the tape along-side a CD, thumb drive, or web page containing a copy of the same material.

It’s functional, but something certainly gets lost in the translation. Some of the magic, some of what makes tapes special, disapears when you make an attempt to modernize the format, and this vexes me.

I’ll be working, over the next few weeks, to find a way to modernize the mixtape without losing the spirit and spark that makes it so significant. 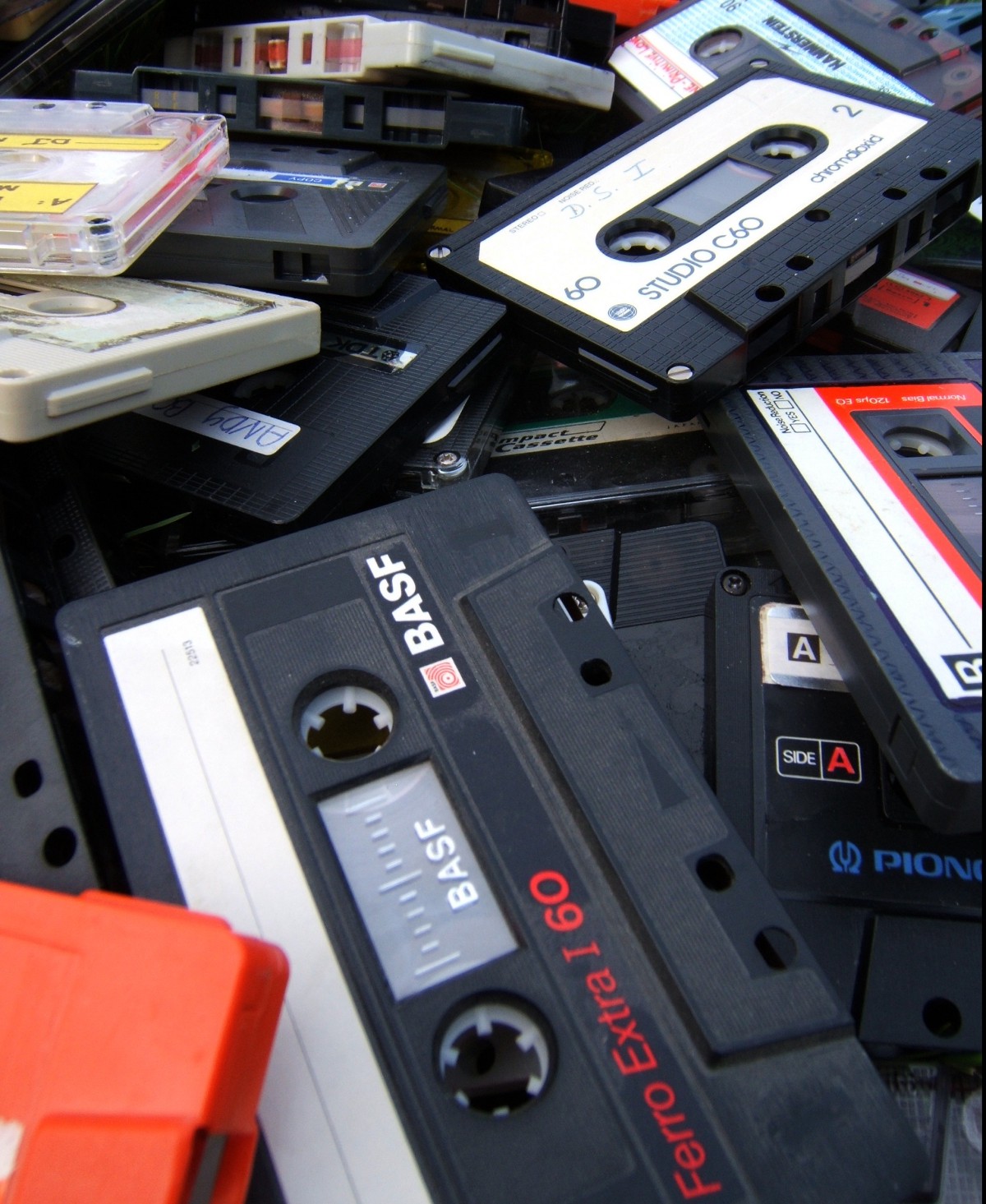