I send out a semi-regular newsletter. Durring the warmer months, I tend to manage about an issue per week. You can sign up for it here. I just sent out today’s entry, which contains a couple of bits that I wanted to share a little more widely.

I get a bit more political in the newsletter than I often do on this blog.

On the ways we screw ourselves over

I’m from metro-atlanta. Recently, a large section of a major interstate in Atlanta collapsed, They are blaming a homeless person. They are not blaming the lack of spending on maintaining Atlanta’s infrastructure, or the company that was storing flammable liquids under the bridge. This is typical of Georgia.

The area most affected by this collapse had an opportunity two years ago to expand Atlanta’s public mass transit to service them. They voted against it. Now they have no mass transit, and their 16 lane highway is effectively 2 lanes in each direction, with massive construction delays.

People frequently vote against things that would help others. They don’t care until they are affected personally. I imagine that a vote to expand public transit would succeed today, but that’s two years too late.

I went hiking yesterday, about ten miles from the white house. I wandered through a state park that meanders through the woods, past structures that have been there for 200+ years. They aren’t ancient, compared to the structures in other countries, but they are some of the oldest structures I’ve ever seen. It was beautiful, and relaxing. 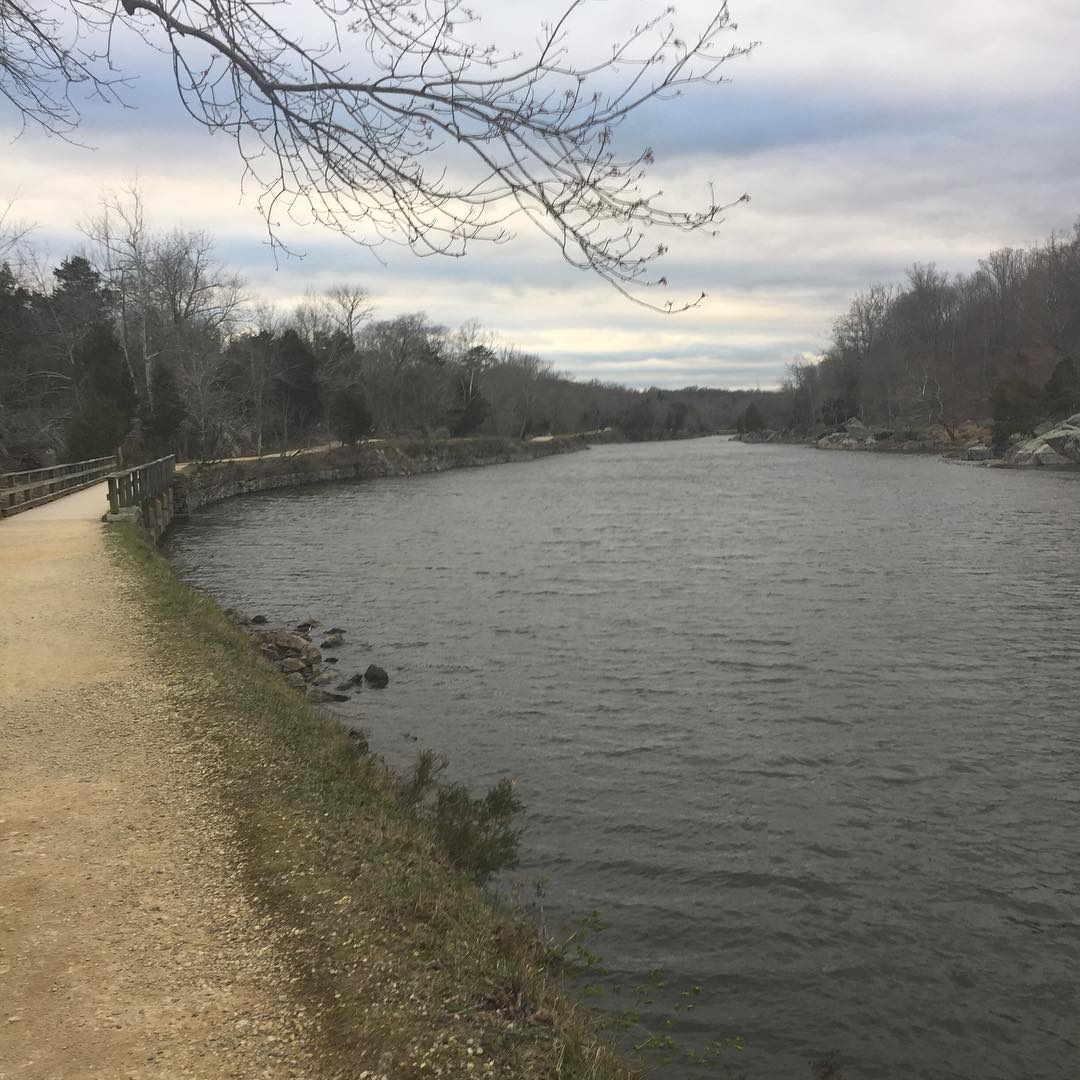 Part of the trail was closed due to flooding. That flooding is a direct result of climate change. (As are the mudslides in Columbia, and increase in tornado activity in the south.) Any political ideology that denies the existence of climate change is an ideology of violence, and should be held accountable for the damages, and deaths associated with global warming.

While I was walking, I had some time to think about our history, and our future. Our country is so young, relatively speaking, and it feels always like it is on the verge of tearing itself apart. There is a massive struggle of those without power against those with power. Of the poor versus the rich. Of Us verses Them.

Why is hatred a viable ideology?

Wandering through the quiet woods, along the bank of the river, everything seemed so simple. It was easy to imagine that, if we could all do that more often, it would be a lot harder for violence to be an acceptable method of conflict resolution.

But obviously this isn’t true. The solution to the world’s woes isn’t to pretend we are all Henry David Thoreau, and abandon modern society. The validity of that kind of escapism died with the transcendentalist movement.

We’re going to have to fight. Journalism is our weapon.

On Journalism as a weapon

I feel like I should preface this next bit. My father and my brother are police officers. I don’t hate cops. I do, however, abhor bullies. The point that I’d like to make isn’t about police brutality, it’s about the power of the truth.

Today, I revisted Transmetropolitan by Warren Ellis. I’ve been meaning to do this since shortly after we started working on the first issue of the Analog Revolution magazine, which must have been four years ago?

At any rate, the power of Journalism is on my mind, and I am re-reading Transmetropolitan.

If you’re not familiar with the series, allow me to give you a quick overview:

The series follows a journalist named Spider as he covers the violence and corruption wrought by state and federal governments in a not terribly distant or unimaginable future.

It is essentially the quintessential example of 90’s cyberpunk dystopia.

After reading the first three or four chapters over again, it is also startlingly relevant.

The first few chapters deal with state violence against marginalized groups. Specifically, police engineer a riot in a protest camp, and then shut that riot down with extreme and unforgivable violence.

While this is happening, Spider watches from a rooftop. He covers the story as it is unfolding, and his words are broadcast throughout the city. Within minutes, thanks to massive public outcry in response to Spider’s words, the police leave. Hours later, a group of police officers show up at Spider’s door, and beat the hell out of him.

State violence is growing. We live in a 90’s cyberpunk dystopia.

(There’s a lot more to this line of thought, if you’re interested you can read the full letter here.)