Getting Started with Mastodon

I started using Mastodon a few days ago, and it has been great so far! I’d like to take a few minutes to talk about what makes Mastodon special, and to provide some counter-arguements to the FUD that I’m seeing about Mastodon all over my feed on birdsite. 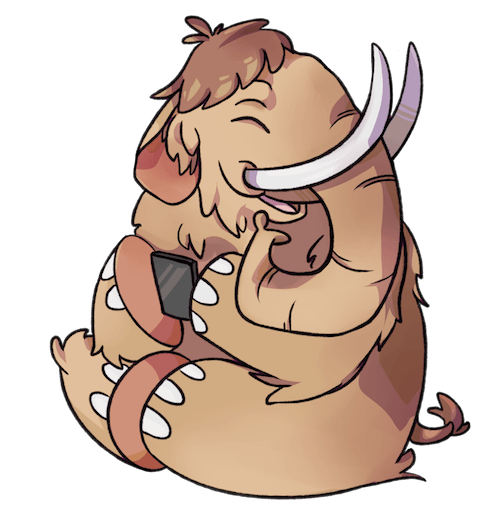 Let’s start from the top:

What the Eff is Mastodon?

Mastodon is a different kind of social network. It’s an implementation of the OStatus Protocol used by GNU/Social, if that means anything to you. If it doesn’t, that’s okay. I’ll explain in more detail.

Mastodon is a platform for sharing 500 character messages (colloquially known as Toots) in a timeline. In theory, this is much the same as Twitter, and Mastodon has drawn lots of comparisons to twitter (even from me) but there are some big differences between mastodon and twitter that are worth discussing.

1) Mastodon is federated and decentralized

3) Mastodon does not have global usernames.

4) Mastodon is GNUSocial with a pretty coat of paint.

5) Mastodon is open source, under the AGPL

6) Mastodon works on iOS and Android

7) Most Mastodon instances take a hard line on harassment

8) You don’t have to be afraid of Anime Avatars!

9) Things are growing quickly, and there will be growing pains

So far, I’m having a lot of fun on Mastodon. I have seen a couple of common complaints, and I’d like to address each of them in turn:

What do I do if my instance dies

Move to a new instance, notify your former followers. The tools for this are still young, but they’ll mature.

Have fun. Back up your list of people you follow occasionally. Don’t worry about the social capital of identity. This is anti-capitalist software.

To be clear, many instances will die over the next few months. There has been a rush of new instances in the last several days, and a lot of them won’t make it. Pick your instance carefully, and support your instance admin finacially if you can. Or host your own (single user) instance, and then you only have to worry about yourself.

How do I prevent people from impersonating me?

Publish your prefered Mastodon handle and instance in multiple places, so that it’s easy to find. You can also use tools like The Mastodon Bridge to verify that you’re interacting with the people you think you are. More tools will pop up, and best practices will emerge.

I’m also hearing a lot of talk about using Keybase as a way to cryptographically verify that an instance belongs to a specific user. That’s cool too!

I heard that instance admins can read your DMs

Yep, that’s true. It’s also true for Twitter, for Facebook, and for Email (unless you’re using encryption.) Heck, Police don’t even need a warrant to access any electronic communications older than 6 months, thanks to a dumb law from 1986, and social services don’t have to notify you that your data has been accessed.

Don’t use a social network for publishing senstive information. This is not a Mastodon specific problem. If you have something that needs to be shared actually in private, use strong encryption in the form of PGP, OTR, or a secure messaging app like Signal or Cryptocat.

What about bad actors on other instances? Or bad instances?

This could be a problem. It hasn’t been yet. If it becomes a problem, talk to your instance Admin about blocking the bad instance. This is not a Mastodon specific problem, but Mastodon has better tools for fighting this problem than other platforms.

But Mastadon is doomed to die!

Nah, GNUSocial has been around for 10+ years. It’s not going anywhere. That means that Mastodon will keep working, too. Use might wax and wane, but because it’s decentralized and federated, it can’t really die.

Nope, it won’t replace twitter. It will provide an alternative to twitter for those folks that want one. And it’s fun!

So yeah, come join us on Mastodon. Take a look at the instance list here, and pick your instance with care.