Astro Sounds from beyond the year 2000

Yesterday was Record Store Day. This was my first Record Store Day as a consumer, rather than a worker. It was a lot of fun! One of the releases I picked up was called Astro Sounds from Beyond the Year 2000. I hadn’t gone in looking for it, but it was pretty hard to pass up based on the title and the cover art. 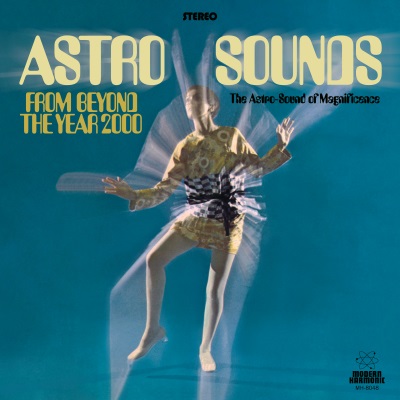 Then, because he hadn’t milked this material enough, Paul Arnold took the outtakes from The Inner Sounds of the Id to the producer of the 101 Strings series of records. They recorded some string parts, overdubbed them, and then drenched the strings in the wildest effects they could muster. The end result is an absolutely unhinged experience. It’s great, and you should list to it right now.

It’s amazing that something so neat and weird could come out of such a convoluted proccess. I admit, I don’t think I’d have given the 101 Strings version a second glance if I had seen it flipping the stacks. So much of what was put out under that name is Boring Garbage, but apparently some of it deserves revisiting. Track B4, at 20:32 is especially fantastic.

It’s important to note that Jerry Cole is a legend. He was a member of the Wrecking Crew, a group of Studio Musicians that played on pretty much every California pop album of any significance, including: Pet Sounds, Mr. Tambourine Man, and just about everything Phil Spector produced. I shouldn’t be surprised that he was involved with this record, or that the end result is so damn cool.