100+ Year Old Electric Cars (or execution is everything)

The first electric car was developed in 1830. The first internal combustion car came in the late 1880s, nearly 60 years later. In 1905, there were more than 450,000 cars in the US. The majority of these cars were Electric or Steam powered, with a small number of Gasoline powered cars. Electric cars were prized for their reliability, comfort, and efficiency. The electric car was, essentially, the best vehicle on the market for most uses up through 1920. 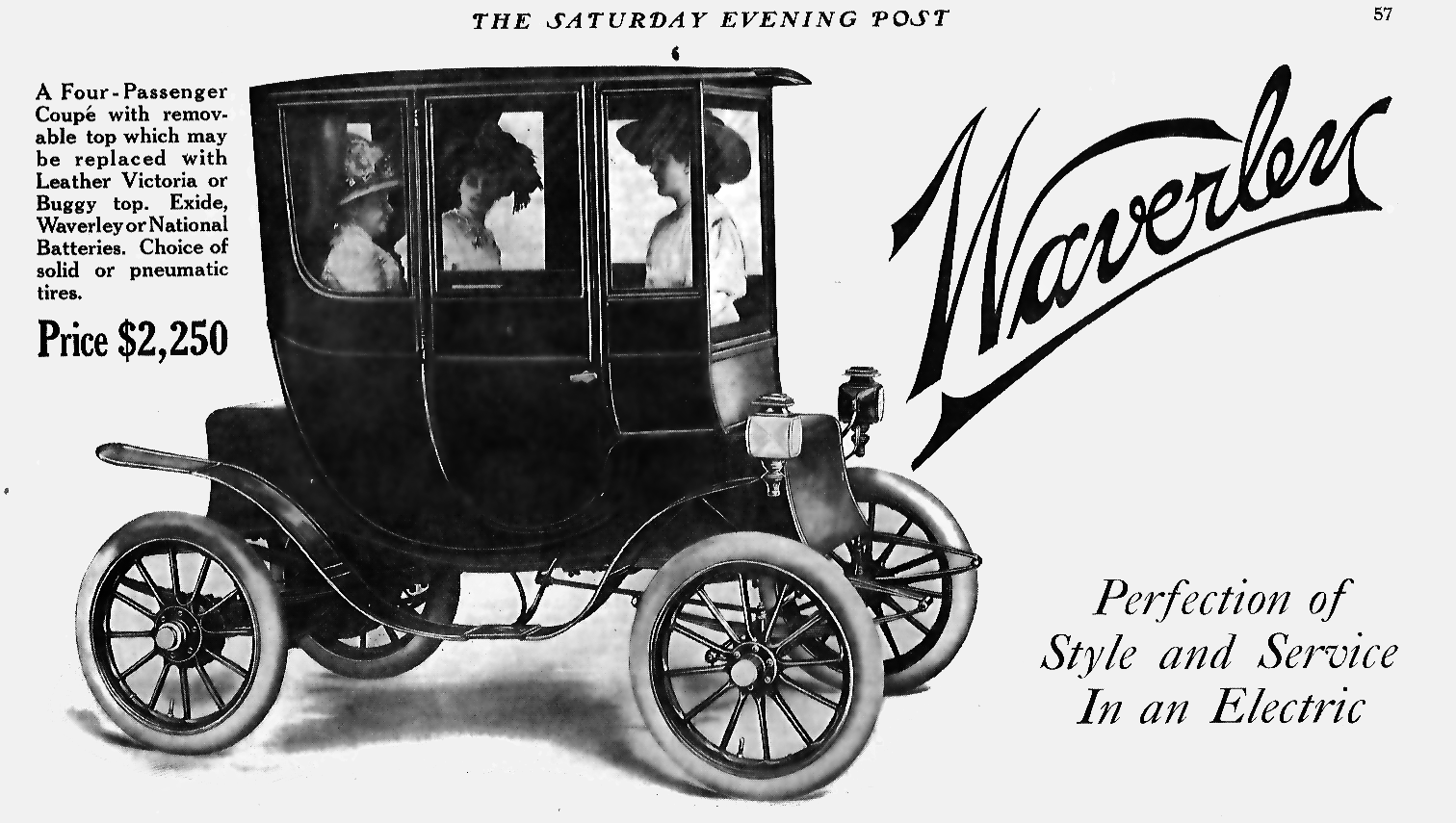 Of course, as time wore on, advances in the production of Internal Combustion engines, and advances in manufacturing techniques and assembly lines, meant that the reign of the Electric Car was cut short. The 1912 invention of the Starter Motor was the first of many blows. The dependence of many Electric Car companies on a kind of Lease-Only business model was also a strong contributor to their ultimate demise. The final nail in the coffin was the eventual build out of the modern gasoline distribution system, increasing the range of internal combustion cars well beyond that of their electric counterparts.

And so, for the most part, the electric car was buried from 1920 until the late 00s, and we went down the Internal Combustion road, only realizing 100 years later that we should really have paid more attention to those electric cars. (Heck, with the rising costs of Gasoline in the late 00s, I’m astounded no one suggested going back to Kerosine powered Steam Driven cars.)

It was, however, the most well marketed. It was the cheapest to purchase ($325 in 1920.) Its range was bolstered by the increasing prevalence of gas stations, and it started up as quickly as an electric, and much more quickly than a steam powered car. Electric cars were unable to re-fuel at all, and charging was slow. The steam car could make use of refilling stations, and was cheaper to refill, but it was more initially expensive, less generally reliable, more dangerous to operate, and took significantly longer to start up.)

Chin up, startups. Ideas are worthless, but the good ones catch on eventually.