The Uncle Who Works for Nintendo is a Twine Game by Ztul available on itch.io. It’s based on the Nintendo rumors that are ubiquitous and familiar to everyone who was in the fourth grade when Pokemon was released. It’s also steeped in Lovecraftian horror, which is a nice twist.

You are 11 years old. You are sleeping over at your best friend’s house. You and your friend like videogames. Your friend has a lot of cool games. And, believe it or not, an uncle who works for Nintendo. And he’s coming to visit at midnight.

Officially, there are multiple distinct endings to the game. That’s mostly true. There is also a larger, meta-ending that is worth finding.

This is a game that will stick with you for a few days, at the least. 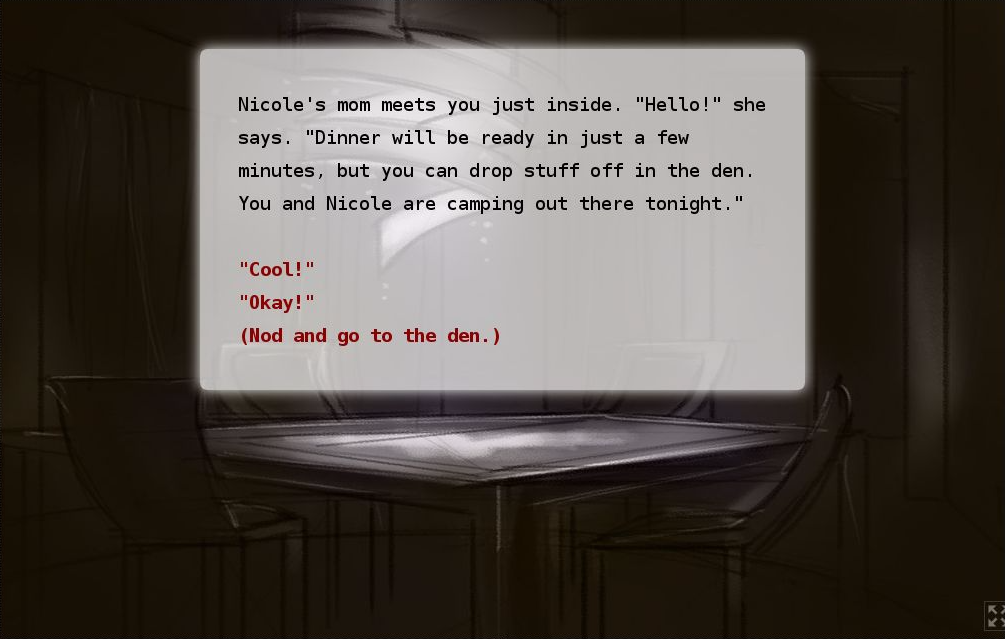