Here is a collection of 1,000 hours (originally spread across 650 cassette tapes) of “Early Jazz Legends”, serving as something of an Early Jazz education. The collection was originally curated by David W. Niven, an avid Jazz collector. He culled the best 1,000 hours of material, along with historical commentary, from more than 10,000 hours of source material.

The whole collection was packaged in to 650 audio cassettes, over a period of several years. It has since been digitized and made available by the fine folks at the Internet Archive.

My 20-year-old cousin introduced me to jazz when I was 10. It was a 10” 78 RPM OK recording of “My Heart” made in Chicago on November 12, 1925, by Louis Armstrong’s Hot Five with Kid Ory, trombone; Johnny Dodds, clarinet; Lil Armstrong, piano; and Johnny St. Cyr, banjo. On the reverse was “Cornet Chop Suey.”

My hip cousin then advised me to get some recordings by another cornetist, Bix Beiderbecke, who started recording for OK the same year (1925). I dug, again, into my newspaper route money (35 cents) and bought the October 5, 1927, recording of “At the Jazz Band Ball,” backed by “Jazz Me Blues” by “Bix and his Gang”: Bix on cornet; Bill Rank, trombone; Don Murray, clarinet; Adrian Rollini, bass sax; Frank Signorelli, piano; and Chauncey Morehouse, drums. Over the next few years, I acquired every record Bix made prior to his early death in 1931.

And his reasons for curating this collection:

The main reason for doing this rather major project was to put my collection into some kind of compendium form that would attract my children to the music that had been of such significance in my life. My collection amounted to over 10,000 hours of tapes. No two people will agree with my selection of Legends. I decided to choose from the years prior to the BeBop period, i.e., before Gillespie, Bird, Monk, Miles.

On each tape, Niven speaks about this music with candor and a deep knowledge of, and reverence for the performers, and performances. Each artist is introduced with biographical information. Each session is put in to the proper historical context. Side-men are called out, when appropriate, and occasionally given short biographies of their own.

Listening to the performances, and recognizing the care with which they were put together, is an absolute treat. I have made Mr. Niven a part of my morning commute for the last several weeks. At this rate, it’ll only take me 4 years to listen to all the material he collected.

My Favorites So Far:

But, of course, there are still hundreds left for me to listen to. 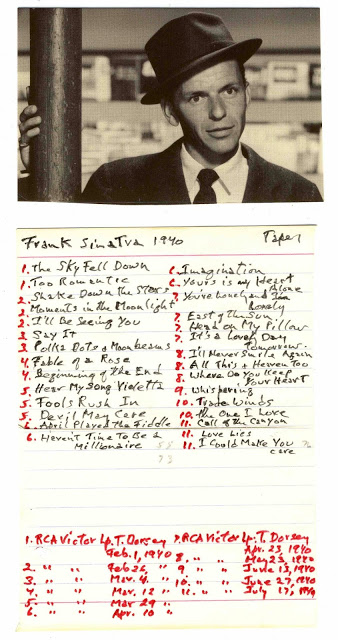