I have expressed my love of Star Trek, and of DIY Media on several occasions. I’m particularly fond of the weird monstrosity that is Star Trek: The Animated Series. A few years back, a Star Trek fan series called Starship Farragut released some animated episodes of their own. They are every bit as wacky, weird, and wonderful as their inspiration. 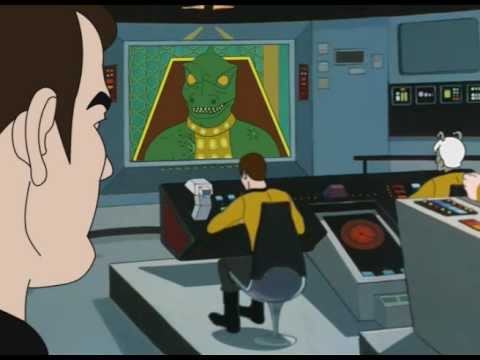 Star Trek fan series are fairly contenious thing right now, which is unfortunate. There are some particularly excellent Star Trek fan series out there, and CBS/Paramount has taken an unfairly hostile and litigious atitude towards them. These animated episodes are just the tip of the iceburg.

If you’re looking for more DIY Star Trek, take a look at Star Trek Continues! There are 7 episodes out so far, and they are consistently high quality and enjoyable.