Since we’ve been making movies 100 years longer than I’ve been alive, there are far too many “must see classics” that I’ve missed. Each month, I devote one or two evenings to silent films, and vintage cinema. I try to enter each film with an open mind, and I’ve stumbled on to some real classics. Today, I had the pleasure of re-visiting Buster Keaton’s The General with a friend who was seeing it for the first time. Watch the film, and read my impressions, below.

The General is a 1926 silent comedy, detailing the events of The Great Train Robbery, which was a real thing that happened about ten miles (and 150 years) from my apartment. The film stars Buster Keaton, who performs all of his own (incredibly dangerous) stunts.

Interestingly, this film was a commercial disaster. It was one of the most expensive films to have ever been made at that time, and was poorly recieved by audiences of the day. Now, it’s widely considered to be one of the greatest films of all time. Honestly, that sounds like the kind of luck a Buster Keaton character would have.

The film is, of course, spectacular. The score on the version available on Youtube is only mildly annoying. The print is in fairly good shape, and the film is presented in 720p HD, which is a nice touch. The movie is in the public domain in the US (though the most commonly available scores are not), and can be freely distributed. 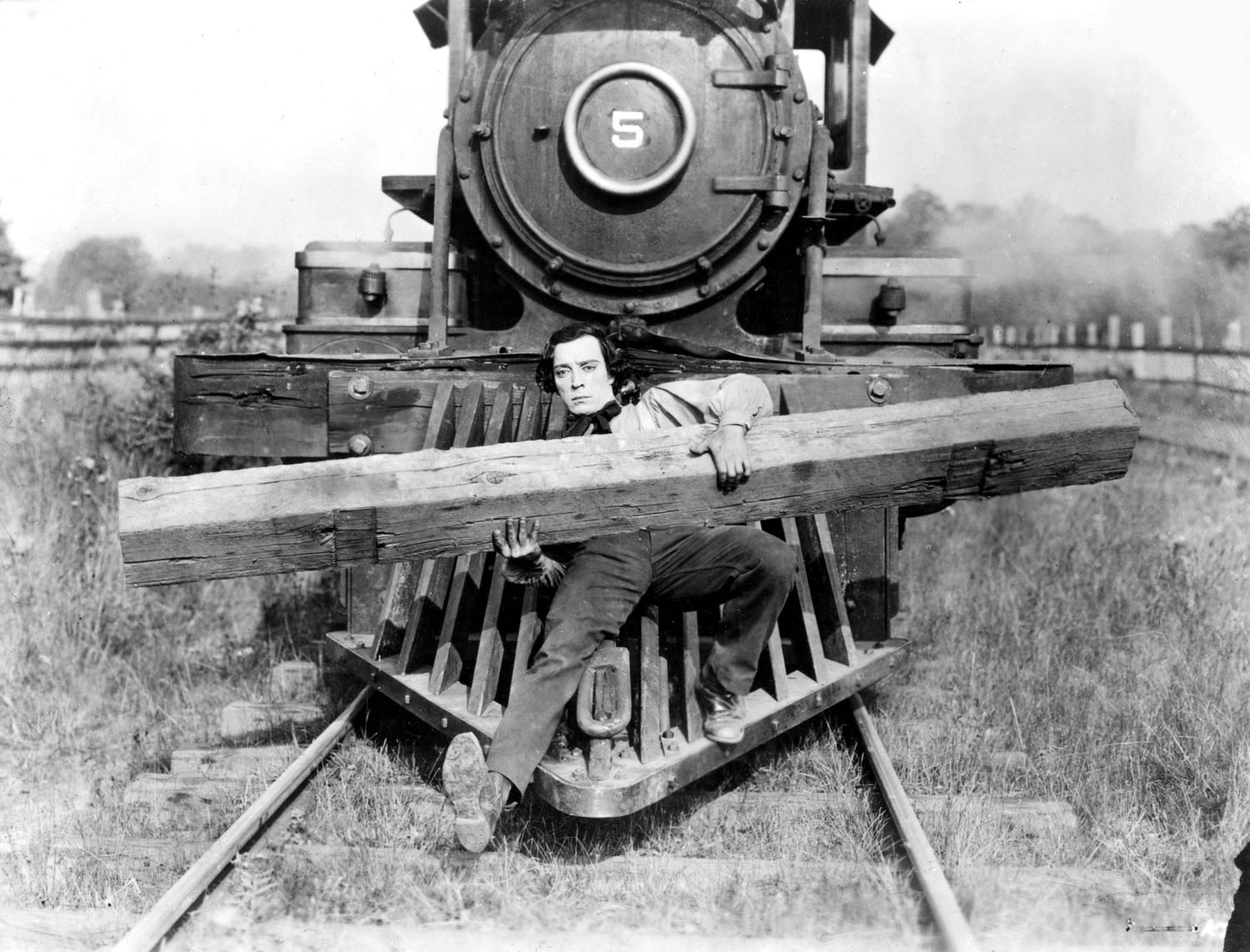 The plot is, as I said above, a contrived retelling of real events that took place durring the American Civil War, a few miles down the road from my apartment. It’s silly, and a little slapstick, but it’s also beautiful and emotionally poignant. It’s worth watching, if only for Keaton’s incredible stunt work and excellent comedic timing.

It makes a great first silent film, and serves as a wonderful introductory point to those who may be intimidated by the prospect of watching a (nearly) 100 year old film.