Net Neutrality, The Consolidation of American Media, and you.

Here is the situation. Disney now owns the majority of Fox’s assets, making them the single largest owner and supplier and controller of english language pop-culture anywhere in the world. Rupert Murdoch is now the largest shareholder at Disney. Rupert Murdoch is, IMO, the reason Trump was elected. The Trump administration has removed Net Neutrality protections. This is their latest victim, after destroying many banking consumer protections, and allowing airlines to lie about, or refuse to disclose, the baggage costs. 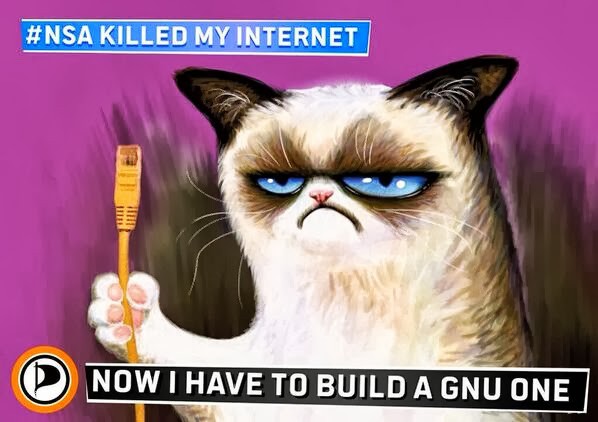 What does the Net Neutrality repeal mean for you?

That remains to be seen. Most likely:

Comcast, and the other ISPS, have a monopolistic holds over many regions, as a result of the contracts that municipal governments have signed, and now have an incentive to make their content (or the content of companies they are friendly with) easier to access, and to make their competitors content harder to access, by throttling connections, charging additional fees, or outright blocking content. Consumers can’t “Vote with their dollar” against ISPs that take these actions because of these companies regional monopolies.

Coupled with the Disney/Fox acquisition, this also means that the illusion of choice in media companies is quickly eroding, revealing the pulsing writhing oligopoly sitting at the top.

So what are we going to do about it?

the american court system can and very well might! stop this Net Noot change, at least for a little while.

So, you know, pay attention for that.

Third, Pay Attention To Where Your Media Comes From.

This is not easy, but it is essential.

If you want to watch a movie, or a TV show, and you don’t like the people that made it, consider methods of obtaining that show for free. (And I’m not talking Netflix. Netflix is part of the problem. Netflix is responsible for DRM in web browsers) Libraries have DVD collections, and DVD ripping is pretty easy.

A sidebar about Piracy

I’m not going to outright advocate for media piracy, but I do want to talk about it for a moment. Media Piracy is the number one thing that most media companies hate about the internet.

They say that piracy takes money out of their pockets. According to most studies, it does not.

But all is not without hope!

First up, theres Tribbler. I found out about this thing today, and I don’t yet know enough to say if it’s worth using, or safe to use, or if it will stand a chance in the face of a lack of Net Noot. But it’s an interesting platform that I will continue to watch and explore.

Second, Are you familiar with The Little Free Library concept?

Hold that in your mind, and combine it with this raspberry pi based system or with the Cuban “Weekly Package”

I’m sure you can see where that’s headed.

Sidebar about Piracy over, back to What Are We Gonna Do About It?

Organize online and off! Organize outside of facebook, outside of any centralized platform, whenever possible. Facebook is part of the problem.

For the time being we can still rely on, email, mastodon, and chat apps. But also try to organize in person, or over the phone whenever you can.

Zines will save the day. (No really!) even if we lose the ability to spread things quickly over the internet, we can still ensure that they make it all over the country by printing and mailing or hand-delivering zines. I know this sounds silly, but it’s actually pretty powerful.

Make a simple booklet in word, or whatever. Print it out on a cheap laser printer. Distribute it as far and as wide as you can.

This can be a book of poems, short stories you wrote, political opinions, fanfic, summaries of recent episodes of a TV show you love, whatever. Doesn’t matter.

It’s media, it’s non-corporate, it’s a piece of the internet that exists IRL.

There are lots of folks out there trying to organize co-op ISPs or to get municipal internet access. This is real good!

Help ‘em. Volunteer, or give money, or just spread the word. This is a path towards a better internet. But also, let’s find ways to be less dependent on the singular internet.

Bring back the BBS and modernize it

This one is real simple. Use Tor and https everywhere.

It’s really that simple. Here is a great illustration of the benefits of using Tor.

Use encrypted chat apps, when possible. (I like Signal and XMPP. I’ve heard good things about Matrix.) Use Tor as often as you can (because the more people who are using TOR, the better TOR works), but understand the limitations of TOR in terms of anonymization.

Using TOR will get you around any outright censorship or blocking, and might help you bypass throttling (aside from the fact that using TOR is usually pretty significantly slower than browsing without it, by neccessity of how Onion Routing works.)

Become your own news source, or amplify a non-corporate one. Blog (somewhere that isn’t Medium or Facebook.) Film the police and the politicians. Publish a zine. (Reach out to me if you want some help.)

Use whatever platform that is available to you to demonstrate to people that Rupert Murdoch owning a large chunk of Disney is real bad. Demonstrate how the Net Noot repeal hurts folks. Talk about the

Then it’s time to agitate.

Help the people you have educated fight back.

We are fighting back against the consolidation of power in media in general, and specifically the repeal of net neutrality (which was possible, mostly, by abuse of that power.)

We fight back by leaving centralized services. By refusing to pay Disney/Fox/Comcast for media. By providing community alternatives to traditional media, and centralized services like Tumblr, Twitter, Facebook, and Medium. By self publishing. By using mastodon.

And then we organize.

We coordinate our efforts. We acknowledge that the things that we are doing are intentionally radical. We start taking collective actions. That means boycotts. That means walkouts. That means days of silence.

Once there are enough of us, our agitations, our small actions, cascade. Our small individual actions, in aggregate, become as powerful (more powerful?) than the machinations of mega-corps.

We must explicitly organize in decentralized spaces. That does not mean that we cannot USE Facebook, or Twitter, or Medium as tools of organizing and outreach. We must depend on these services to handle our organization.

The courts and congress will fight this out on the national level.

We can render that moot by fixing it on the local level.

Run for office, if that floats your boat.

Unfortunately, Net Noot or No, the web has other problems. It’s spying on you. It’s infected with DRM. It’s more centralized and less interesting than it used to be, than it could be, than it should be.

So, Net Noot or not, you need a toolkit for a weirder web:

And some tips to help keep the web weird:

I’m on Mastodon @ajroach42@retro.social, and I’d love to hear your thoughts.