Alright, so I’ve gone down a weird rabbit hole looking in to early high definition video, and I am getting way too in to this (like, getting ready to spend some money even) so before I do that I want to capture my findings here (and share them with fellow video nerds.)

First, we gotta talk about the French.

Officially it appears to be called “system E” or just “819 lines”. It’s black and white only, and only a few pixels in either direction off from modern 720.

French TVs, at least many of them, supported this standard from the 40s up through the 80s. Of course, french TVs also supported the more common 625 lines that went on to become SECAM.

So! This means that there were early TV broadcasts (and probably surviving telecines) that are much higher resolution than what we had in the US (or the UK, or anywhere else in the world, because 819 lines is truly Astounding for pre-1950.)

This is a TELÉAVIA Panoramic 111, and I’ve never been more infatuated with a television in my entire life. 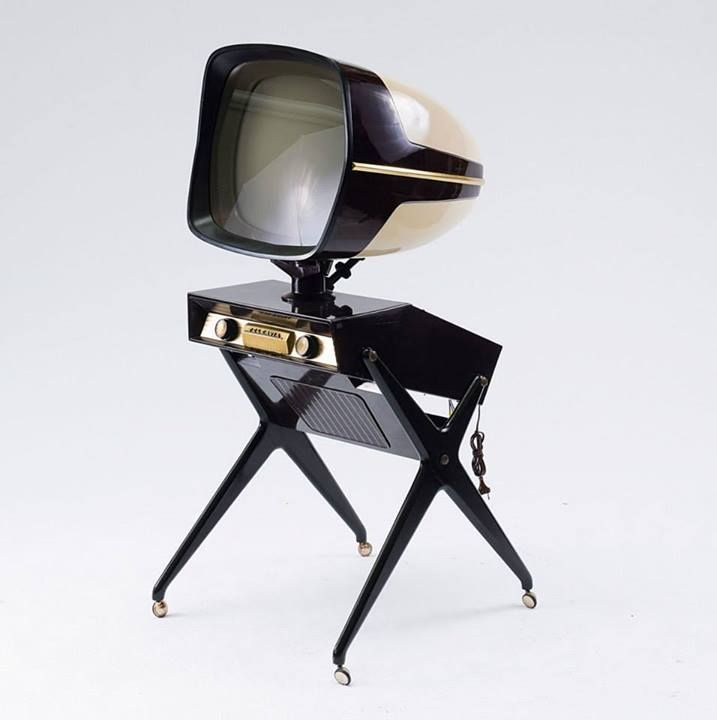 So what? France had some HD-adjacent broadcasts that basically no one received a long time ago, and stopped 20 years before anyone would care about HD resolution.

And that’s almost the end of the history lesson except that Electronovision exists.

Electronovision was a system for making feature films on video tape in the 60s.

It used the french 819 line standard, and then stored it on Ampex high-band quadruplex video tape.

Then, when the movie was finished, it was Kinescoped (like a regular TV show) to film and shown in theaters. (for more on kinescopes see that big twitter thread I did )

Some movies that were produced in this way include: Richard Burton’s Hamlet, T.A.M.I. Show, Harlow, and other stuff.

According to some sources I’m finding, the RCA TK60 could be used in this 819 line mode. It’s certainly not the earliest HD video camera (that’d likely be something French and from the 40s) but it’s the earliest one I can find named.

Interestingly, I don’t see any references to 819 line mode operation in literature about the camera, I just see the camera mentioned in some articles about Electronovision.

Now, why would anyone want this, especially considering how hard it was to edit video tape even in to the 70s?

Simply put, tape was cheaper, could run for longer, and could be instantly reviewed.

The same logic enabled the VideoFreex a decade later (see this early blog post on the Videofreex for more information about the VideoFreex, who were The Best.)

Check this footage of Mountain that the videofreex captured on their portapaks in 1970, and imagine for a moment a world in which they had had access to the 819 line system.

So now I have to find a bunch of old french TVs and broadcast gear that supports 819 line operation. IF you have any leads on that front, please let me know!