It’s friday! That means it’s time for movies! At least that’s what it means this week, who knows if that’s what it will mean next week! Today’s movie is called Nancy Drew, Reporter. It was released in 1939, and it’s a fun, rollicking romp. 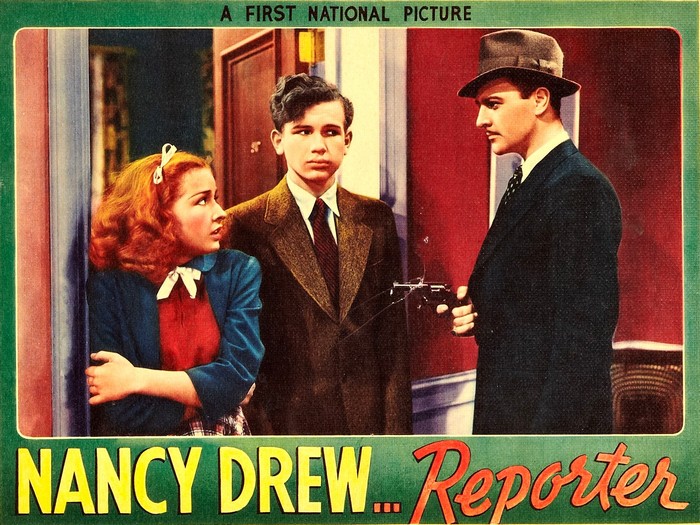 The film is based on the character Nancy Drew, from the series of detective novels. I loved Nancy Drew novels as a kid, and I was over the moon with most of this screen incarnation of the character. I could have done without the musical number, but it was the 30s. You couldn’t have a family film without a musical number.

Reading Nancy Drew books as a kid, it seemed perfectly natural for a young woman in the 30s to have her own car, and to be investigating murders. Watching it play out on screen it seems a little less natural, but no less fun.

My favorite part of this film was when the sidekick and the police officer played Rummy for pennies. I used to do the same thing with my grandmother, after reading Nancy Drew novels. Another thing about this film that I really enjoyed were the cars! They are all running bords and rumble seats and slick tires, which is neat.