A story you can shuffle: The Family Arcana

I’m not sure where I first encountered The Family Arcana, but the idea is wonderful. It’s a deck of cards, each of them has a vignette telling a portion of a story about a strange family, and their decrepit farmhouse. You shuffle the cards, and experience the story as it unfolds in a new, random order. 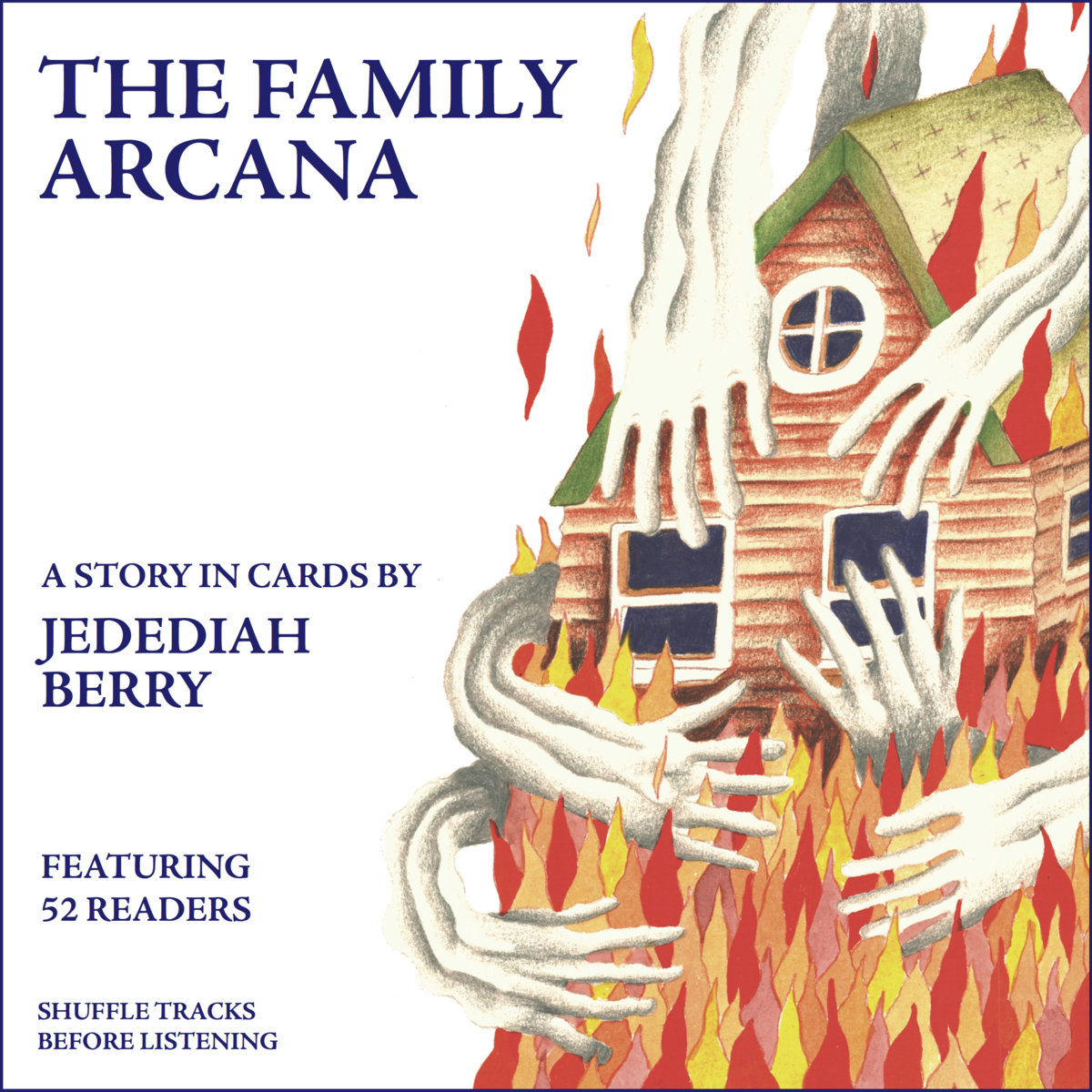 As a writing exercise, that’s really cool. As an experiment in the nature of fiction, and the fabric of stories, it’s a wonderful success. It tells a fun story, in a new and interesting way. (and with the suplemental material, it apparently also makes a good card game.)

Those things, by themselves, would be enough to merrit a nod. The Family Arcana takes it a step further by offering what ammounts to a podcast you listen to on shuffle. The audio edition features 52 readers, and the whimsical instructions: “Shuffle Tracks Before Listenening.” It’s an entirely new take on the idea of an audiobook, and on the concept of a narrative in general.